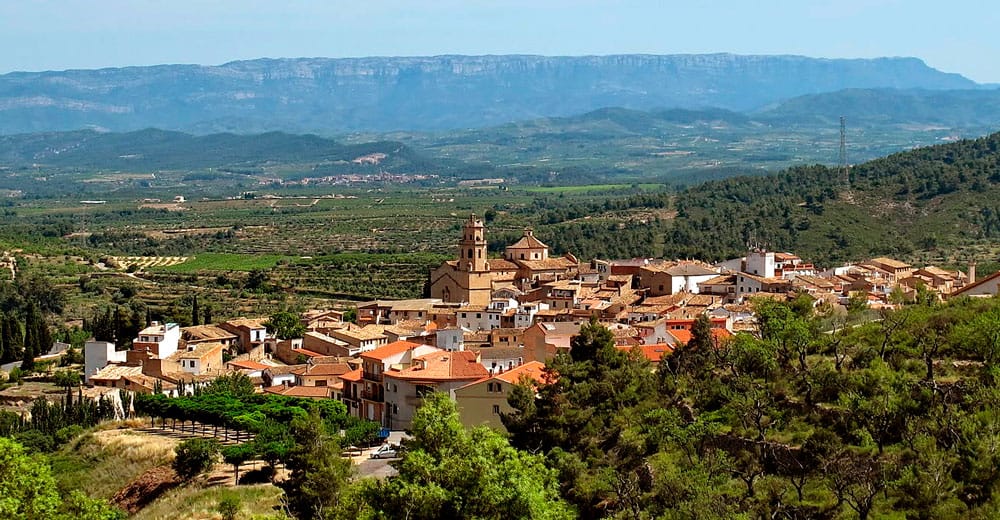 Today we visit one of the largest municipalities, Tivissa. Not suffer that the walking route runs we suggest only the historical center of the city bearing the same name, and a couple of hours will be enough to see it thoroughly. Of course, if you have time do not hesitate to pick up the vehicle and also meet other people who are part of the municipality, Darmós, Llaberia and Serra d'Almos, especially the magnificent Iberian settlement of Castellet de Banyoles, with a magnificent view of the Ebro which gives the archaeological remains of ilercavones added spell. Talk of Tivissa means talking about a very old town, including its name might already come from the language of the Iberians, which Thiviers issa mean "hill town". And indeed Tivissa sits on a hill offering a beautiful picture with the bell tower of the church of Santiago overhanging houses and surrounded by mountains that are a great attraction for hiking or cycling tours. Today, however, we are not very good shoes nor have we thought of taking the two-wheeled vehicle, so as we have preached on the front lines, the tour will be in the old part of the town.

How did we get to Tivissa ? The municipality occupies the southeast region of Ribera d'Ebre, bordering with the Baix Camp, Priorat and Baix Ebre (there should be many who can say Catalan municipalities bordering three regions!). To arrive by public transport we have several options, but one of the most recommended (always depending on the starting point, of course) is to go to Cambrils by train, and from there take a bus company Plana, that in less than an hour you will leave the villa. In private vehicle, you should seek the C-44 and turn on the T-304, you have to keep up to Tivissa. You will find a population of about two thousand inhabitants which retains its medieval appearance strongly, with narrow winding streets and sections of the wall that guarded. Even the City Council and a former hospital occupy the premises of a castle. We'll get. A good example of the trace of the Middle Ages in Tivissa are your portals, to the inlet and outlet of the walled enclosure. So let's begin the journey of which was the most important, the Portal d'Avall. It dates from the fourteenth century and was built by Prince Pedro of Aragon, Count of Prades. Today it is still all a man portal, which is Facing a square with a cross term with good views of the surroundings. We crossed therefore this great door, like many tivissans have done throughout the centuries, and now we move themselves in the alleys of the oldest part of the town. Avall lined street and found a collection of houses with several centuries behind, as Ca Eloi or Cal Rei, and arrived in Market Street, Ca Hostel. Of the latter, stately, four storey, will have specific information such as the year rose, 1587, standing in the Catalan Renaissance style, and although its architect is not known, one can say that bears similarities to the building of the Provincial de Barcelona. We take this building to the right, and follow the steps in the street was, to the door of the same name. We have already done so full width of the old walled town. The Portal of the Age is very different from its cousin the other hand, where we started. This is more lanky, much higher, making also appear narrower. But this point of the arc is very modern: the road was very steep and antinguamente access through this door almost a challenge for the most prepared, meaning that early this century was decided to considerably lower the street making it flatter, giving as results in a high arc that seems made for giants entering the villa without difficulties. Originally, however, is almost contemporary portal Avall at, or at least a few years later. We must raise his eyes above the portal and can intuit that over the arc was a tower, now modified and utilized as part of a home.

The castle of the Saracens We crossed the Portal Era and therefore we have gone outside walls. We are in the Ample street that runs along the old fortification. So we can see how many houses adapted a section of wall in construction, not posteriorly but at source, the wall was also the wall of the housing facing the outside of the village. Pedro of Aragon and Juan de Prades like Pedro, the latter also Count of Prades - were those who ordered the construction of the fort, and the settlers were instructed term change that could take refuge in case of war. Hablamos 1350, and the walls had three portals. Two already know, and the third, which now arrive, that of Raval, we unfortunately left with the desire to see him, because he disappeared during the nineteenth century. However, the point is recognizable, and it is here that we turn right and find the oldest house still standing around Tivissa, Can Ventura. The localized documentation date its construction during the year 1408, and as Ca Hostal is also a stately mansion with four floors. However, Can Ventura has the peculiarity that has a door with arch through which came the already armed and ready to ride horses and knights take its course. This gentleman exit door is the only one of its kind located throughout the region. Thus, walls, portals, knights and their horses... and you can imagine that to complete the medieval stamp here we need a large building: a castle. We got very close. We found a short distance from Can Ventura, and now houses the town hall and annexed a hospital. Aspect of "classic" castle fits right away- She looks rather little, is that undergone major changes. It is the town hall in a while, since the beginning of the eighteenth century, but during the War of Independence, namely July 16, 1810, was burned by the French, with much of the documentation people- later it was rebuilt, and in 1987 suffered another major transformation in order to adapt to new needs inside the administration. We have not mentioned that the castle was erected by the Saracens, and was conquered by Ramon Berenguer IV, who gave the Templars. The hospital is known since 1829, and since then, like the castle has also undergone several changes at different times. In 1983 much of the building was demolished, keeping the chapel, and municipal dispensaries and three floors, for at that time the doctor and teachers were made.

A church of three parts We will now Malpàs Street, left from the hospital. Careful when lowering their steps, that does not end up agreeing with who baptized! In addition to the stairs, that of Malpàs is a unique alley which is characterized by its flowers and zigzag ago, and leads to the square of the Baranova, spacious and with good views, and that is none other than serving to enhance the facade of the church of Santiago arciprestal and its octagonal bell tower. Outside the temple the predominant style is the Renaissance, while the interior is Gothic. It should be mentioned three different parts: the Old Church, the Capilla del Rosario, and the New Church, which make this building a must visit if you are going to Tivissa, with elements and styles from the thirteenth to the nineteenth century. We now Street Portell and we are again on the outside of the walls. The wicket was a small door, as the three portals, also allowed the entry and exit of the walled enclosure. So now following this street again we are walking down the boundaries of the Old Town, and indeed soon as we find ourselves in front of Portal Avall. Although visitia not just here, because there are a couple of interesting things to see. Leaving the Portal arrive at the Casa de Cultura, which contains the municipal library building 1972 which is not much but it looks a nice side wall mural depicting the Arts, signed by Marti Batlle. We leave the square where is the House of Culture and turn left. A few meters, but since the core sections of the population, we found a few washes nineteenth century, well maintained and with Arab roof tiles. A quiet space that remains in use today, and in this case may be ideal to rest a while after the ride and while deciding where to go next.

#CatalunyaHistorica  #PatrimoniDeCatalunya  #femRutaPerCatalunya
You may also be interested in: Guided tours of the towns and cities of Catalonia | Learn about the Catalan medieval legacy 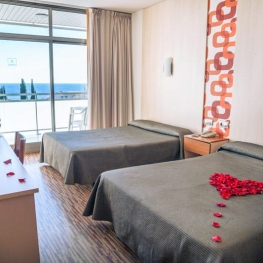 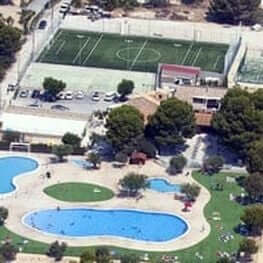 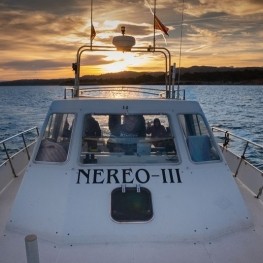 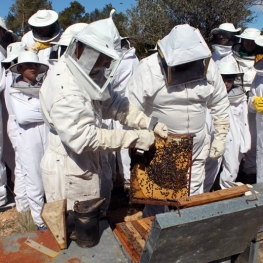 Routes through the province of Tarragona

Only 17 miles from the monastery of Poblet, 15 of Les Borges…

Walking by stone villages of Gerona

Ever since the dawn of civilization, stone has been a material…

A walk through Tossa de Mar