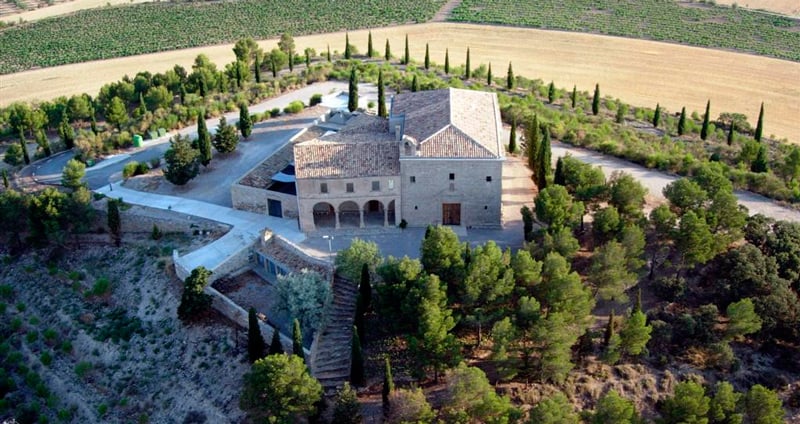 Building monasteries and shrines is no stranger in a land like Catalan. It is true that these constructions are present throughout the country, but we must recognize that in the area of confluence of the province of Lleida and Tarragona there are a good number.

In fact, it is here that we find the Cistercian monasteries and the sanctuary where we propose today is visiting. This is the Bovera Sanctuary, located in the municipality of Guimerà and proposes stroll through the past and their environment with the charm that transmits through the architectural remains that have shaped the current construction.

We invite you to discover the past and present of this former monastery, now sanctuary.

During the tenth and eleventh centuries, the lands of the current region of Urgell lived an intense military activity and were practically depopulated. In the eleventh century, the Count of Urgell, Ermengol VI, and the Count of Barcelona, ​​Ramón Berenguer?? I, agreed to a major offensive westwards, where the great Muslim enclave was Lleida. Thus, the Count of Urgell the northern part of the region was reserved, with Agramunt epicenter, while the Count of Barcelona would advance through the valleys of Ondara and Corb.

In the eleventh century many castles defense and attack counts rose and began to conquer basic enclaves, such as Agramunt, Cervera, Tàrrega, Vilagrassa, Anglesola, Guimerà and Ciutadilla.

Soon a slow task of Christian repopulation began the counts commissioned the monks and nuns of the Cistercian order. Thus, they erected Poblet and Santes Creus and small towns that were born.

In addition, the founding, in the twelfth century, the monastery of Santa Maria de Vallbona, the region of Urgell concentrated the largest number of centers, led by Vallbona: the Pedregal, the Bovera and Vallsanta, who helped settle population in the territory and Christianize the land, along with new parishes and bishoprics returned.

With the peace that marked the middle of the twelfth century, the fall of Lleida and Tortosa, the task of repopulating counts, abbots and abbesses intensified markedly and became the current region of Urgell in a land of monasteries.

This situation was stable for female Cistercian monasteries until, in the sixteenth century the Council of Trent banned the existence of isolated female monasteries. Only Vallbona, thanks to the repopulation from Montesquiu, was saved from disappearance, but it was inevitable in cases of Vallsanta, Bovera and Pedregal.

The place of Bovera is known since 1190 when a monastery that would be under the protection was founded Vallbona de les Monges.

The community of Bovera was ruled successively by Guillermina abbesses, Elisenda Boixadors, Elisenda Tarrega and Agnès de Guimerà. The 1237, with permission of Pope Gregory IX, the community was authorized to seek a new location because of poverty and lack water Bovera. a part of the community went to Berguedà, where the new community Valldaura Olvan began, while carrying out the construction of the house Vallsanta at the foot of the Bovera.

From this moment, the old church of Bovera and monastic became a sanctuary, which was fortified and available tower church sanctuary had five altars. The largest, dedicated to the Virgin and four altars but they were dedicated to Santa Ana, the Holy Christ, the Virgin of Montserrat and Sant Magí. The religious life of the Cistercian monasteries in the West, was immersed in the midst of rural life, not urban settlements such as the Greek and Byzantine Christianity. The monasteries are great repobladores, linked directly to the field.

Of the two monasteries which were subsidiaries of Vallbona de les Monges, architectural remains and historical data suggest a direct link with the preserved medieval town of Guimerà. Still, the monastery is an isolated, independent religious center of the city, which receives protection and strong ties in the field.

Possible causes of the foundation of the monastery of Bovera, very close to Vallbona and Pedregal, are stabilizing the Reconquista for many years, in these wastelands and within the border limits of Arabs and Christians. The sanctuary of Santa Maria de la Bovera is a baroque building formed by the church and the chapel house.

The old monastery is located north porch of the building and consists of four arches supported by wooden columns with capitals and bases divided into four elements. For its type, the porch can be likened to a cloistered porch, but most likely question the porch of a gallery that functioned as a court of the first medieval buildings.

Also noteworthy is the capitals of the columns that show symbols from different families, such as the German or the order of San Benito. During 1986 it became a remodeling of the large house attached to the present church of Santa Maria of the Bovera who saved the entire large building rubble and helped to consolidate architectural pieces of great historical value.

It is difficult to remake the process of the buildings that have been conducted over seven years, due to destructions, reconstructions and substantial building alterations, still, some of them are collected in a book, now playing, Mosen Capdevila where we find historical information of the monastery. The assembly formed by the defense tower is visible after the last restoration and it is clear that part of the house and enlarged around the Gothic porch, now aligned with the church. It seems that the oldest part of this set is tower defense or security and is the foundation of the building.

We can assume that this tower-house was more or less square and had walls a meter thick with good stone faces, therefore the inside as the outside. This first tower-house, it is up a small round tip gate and well adovelada looking to the west and a cistern located in the southwest corner.

On the other hand, looking at noon, another gateway to the tower-house. In this case it is a double door: it is two overlapping doors round spot. The exterior has a pattern of broken stone up to the start of the arc with a geometric motif. This pattern seems to continue towards the inner door and therefore could be a single building module. This double doors was the main entrance of the old tower-house and was located in the center of the south wall of the building. Therefore, the wall of the church of the eighteenth century was built up, taking advantage of the great eastern wall of the tower-house.

Finally, on the north side, a fragment of the wall of the tower-house is preserved. This makes think about the existence of a small building surface with walls a meter thick, 6 or 7 meters high, with ground or entry and one or two roofs, with loopholes and collection system rainwater channeled to the tank. also have two outside access doors and perhaps an interior door access to the small Romanesque church. The arcades currently located inside the house attached to the chapel seems that could come from a church built in the late twelfth century and lasted, with modifications, until the eighteenth century

We know that the old church had a cross and had two side altars or maybe two side chapels on both sides of the presbytery. It is believed that these were two Gothic chapels preserved sarcophagi and shields samples of a castle with two doors and a tower.

The Romanesque porch of the Bovera The Romanesque porch of Santa Maria de la Bovera is a unique piece, a remarkable purity of lines and an austere and deep origins of the Cistercian spirit. It is the most interesting site of the Bovera architectural element.

The last arc and the last column on the west side have been recently replaced. The arches are supported on three composite columns, which are central. Instead, the ends have two columns, which are taken directly from an old stone wall perpendicular to the assembly.

The altarpiece of the Bovera The altarpiece is the work of Francesc Bovera Solives, painter born in Banyoles who worked in Catalonia and Aragon and was a disciple of Jaume Huguet. Most of his work made ​​the last half of the fifteenth century.

The Altarpiece of the Bovera was painted in 1481. It is a tempera painting on wood and is dedicated to the Virgin.

On the street on the left, top to bottom, the scenes of the Annunciation of the angel to Mary, the Birth of Jesus and the Adoration of the Magi appear.

The street on the right is dedicated to the mysteries of Jesus Christ, the resurrection and ascension to heaven and the coming of the Holy Spirit.

In the wider central street we are: the crucifixion of Jesus presiding top, underneath it there is the meeting of the Virgen de la Bovera, where you can distinguish the oak where the Virgin was found and the chapel in the background and the procession the people with the bishop and two deacons who wear the mantle of the Virgin, to put. The biggest scene around the altarpiece is the Dormition of the Virgin in the central lower part of the altarpiece, with the apostles gathered around him. 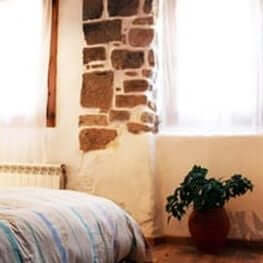 Sea and lluna - rural shelter is an independent house made and… 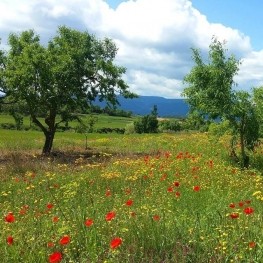 The route of the hermitages of Ulldemolins makes available to…

Strolling through the historic center of Vic is a stroll through…

The monastery of Sant Pere de Rodes, also known as a legend… 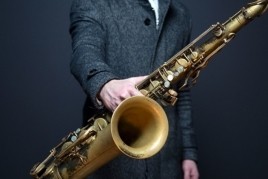 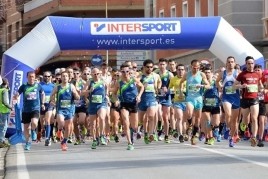 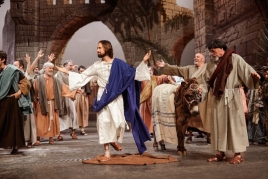 
This act has been canceled, for more information, contact the organizing entity. Given the historical and social importance, in 1969, representations of La Pasión de Cervera were declared of public…


Some representations of the act have been canceled, for more information, contact the organizing entity. The Passion of Esparreguera is a show with great dramatic and technical complexity, which manages…