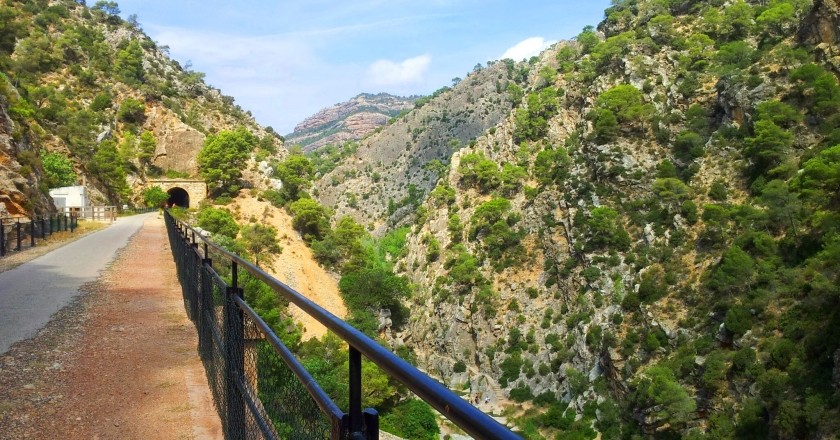 The Greenway begins in the municipality of Tortosa, km 0, just where the old railway bridge that crosses the Ebro river ends . Large stones along with the remains of rails mark the beginning of the journey.

Do you accompany us to travel through the municipalities and landscapes of the Baix Ebre?

In the city of Tortosa, capital of the Lower Ebro, we recommend visiting the so-called Royal Colleges (16th century), the Suda castle (10th century), the Cathedral of Santa María, the convents of Santa Clara (s. XIII) and the Purísima (s. XVII) and the Episcopal Palace (s. XIV), among many other buildings in the old town.
Following the route of the road in the north direction, we find the municipal district of Roquetes, located on the right bank of the Ebro. In the original nucleus the church (1829) and the old Town Hall (1881) stand out, as well as the Ebro Observatory (1904).
Leaving an old road bridge behind, we arrive in front of the CI of the Natural Park of Los Puertos, then cross a road and continue straight until the EMD de Jesús. Circulating through a section shared with vehicles that crosses the Barranco del Valle Cervera, we arrive at the Jesús leisure area, located in Terrer Roig. We can visit the church of San Francisco (18th century), the Enrique de Ossó house museum (where there is a hostel) and the Rosa Ma Molas house museum. We leave Terrer Roig crossing the road with caution and link again with the road that takes us to the town of Aldover, where the first railway station on the road is located, currently converted into a restaurant service. We crossed the town, where we recommend visiting the parish church of the Nativity of Our Lady in a neoclassical style and the Interpretation Center of the River. When leaving the town of Aldover, we crossed the C-12 road through an underpass, direction Xerta.
A few meters before reaching the municipality of Xerta we find an end of the road sign. At this point, the original route layout is left and we turn left, going down a steep slope, we cross the C-12 below one of the viaducts of the old track. Then we pass under another bridge that supports the C-12 road. A few meters away we find a Stop sign as we reach the Xerta road, in front of the Las Moreras leisure area. Parallel to the channel on the right of the Ebro we reach Calle de la Recta, turn left and go out to Plaza Mayor, where we find the church. We continue through the streets of Santa Ana, Santa Quiteria and Calvario until we reach the stop of the avenue of the Tierras del Ebro. We cross the road station a few meters away, currently converted into an Interpretation Center for water and the River. Within the municipality of Xerta we recommend a visit to the church of La Asunción and San Martín, among others. Also in Xerta we can find a hostel and a hotel establishment.
On the outskirts of Xerta, the majesty of the Assut (15th century) stands out, located in the middle of the Ebro river. It is an engineering work of Arab tradition, about 370 m long and 7 m high. The road goes through a series of tunnels and bridges until reaching Benifallet station, currently converted into a catering service, hotel and hostel, and offers the service of bicycle rental. We have already been twenty-one kilometers from the city of Tortosa.
We recommend a visit to the town of Benifallet, on the other bank of the Ebro river. We highlight the hermitage of the Virgen de Arriba or Calvario (13th century) and the building of the Convent (neo-Gothic), among others. But without a doubt, the town of Benifallet is known for the beauty of the Cuevas Maravillas. Leaving the Benifallet station behind, we find a series of tunnels with different lengths that can go up to 749 meters. The Riberola bridge, which allows us to cross the Canaletes river, is the limit point of the Baix Ebre and Terra Alta regions and takes us to the first station in Tierra Alta: Pinell de Brai.
The Pinell de Brai station is 6 km from the town where you can get there by the N-230b road. The population can visit the Cèsar Martinell Modernist Cooperative Winery, a work from the early 20th century. The building is the maximum exponent of the cooperatives built by this disciple of Antoni Gaudí. The modernist style is appreciated on all four sides and it is essential to contemplate the magnificent glazed ceramic frieze located on the facade of the winery, the work of Xavier Nogués.
5 kilometers from the Pinell de Brai station we find the Fontcalda Sanctuary, a landscape, thermal and religious complex, a must stop for those who walk the Greenway. Located in the middle of a valley on the banks of the Canaletes river, it is named after the mineral-medicinal hot water spring that springs at the foot of the sanctuary. Its clean and transparent waters invite you to bathe. After crossing two tunnels, you reach the Prat de Comte station, a town located 4 km from the Greenway where you can get there by the T-361 road that comes out from behind the station. In the municipality the church of San Bartolomé (S. XVII) of Renaissance style stands out.
Starting at the Prat de Comte station, it is common to find works on the Greenway through the sculptural project Art al Ras, a cultural proposal from the Tierra Alta with works of art located on the roads that link the municipalities of the region.
As soon as you leave the Prat de Comte station you will find the longest tunnel on the route (749 meters) and on the way to Bot the route crosses the last bridge of the Canaletes river, the Pàndols mountain range and passes by the hermitage of San José.
Bot station is located in the middle of the route and next to the town, where the Renaissance church of San Blas (17th century) stands out. From in front of the station a path begins that leads to the hermitage of San José (S. XIX) located on a hill and from where you can see a fantastic view of the town, the Canaletes river and the Pàndols and Cavalls mountain ranges. At the edge of the hermitage is the recreational area of the Maiden Hole.
The path along the Greenway continues towards Horta de Sant Joan. Six tunnels and two viaducts with up to eleven arches make up this part of the route where, as you go up, the mountains that are part of the Natural Park of Los Puertos are discovered . The presence of the Santa Bárbara mountain indicates that the Horta de Sant Joan station is about to be reached. The municipality is 2 kilometers from the Greenway and is reached by the path that begins in front of the station once the Greenway is crossed by a narrow bridge. This same path also leads us to the Convent of San Salvador (XIII - XVII century) and to the natural area called "Rincón de las Ollas", a place of great beauty and an ideal place to take a bath in the waters of the Canaletes River. The population can visit the Ecomuseum of the Ports and the Picasso Center, being one of the must-sees the medieval urban nucleus.
Only 5 kilometers separate the Horta de San Juan station from the Arnes-Lledó station, located on the banks of the imposing concrete bridge that overcomes the natural obstacle of the Algars river and where you can practice adventure sports. Following the signs you can get from the station to the municipality of Arnes, 5 kilometers from the Greenway, where located in the Plaza Mayor we can admire a privileged panoramic view of the Ports. The historic nucleus of this town, located at an altitude of 508 meters, was declared a Site of Cultural Interest by the Generalitat of Catalonia and highlights the town hall building, an old Renaissance palace from the 16th century. You can also see the remains of the old church next to the current one, dedicated to Santa Magdalena and dated in the 17th century.
Source: Aldover City Council
#femRutaPerCatalunya
You may also be interested in: Tour Catalonia on two wheels 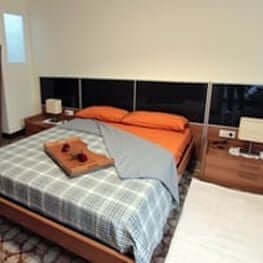 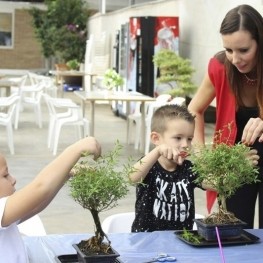 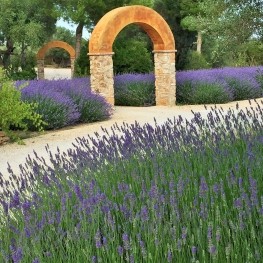 Between the river Ebro and Aragon border is the southernmost…

Route that allows you to discover the municipalities around… 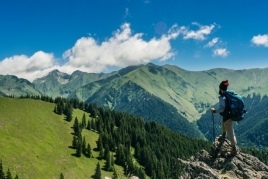 
Puigcerdà has prepared a lot of activities to enjoy this setember! Check the schedule, we are waiting for you!! 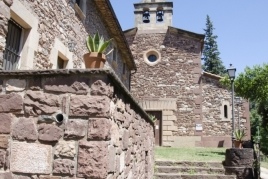 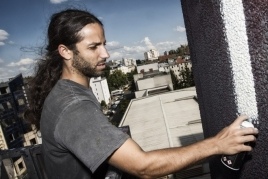 
This year comes a new edition of the Milestone Project in Ripoll, the main Contemporary Urban Art Festival in the country. Above all, the festival stands out for its international component and its artistic…


The Castellar de n'Hug Festival is waiting and when it arrives it does so with great enthusiasm! As is tradition, during the festival the well-known Ball Cerdà (popular dance of a ceremonial nature)…