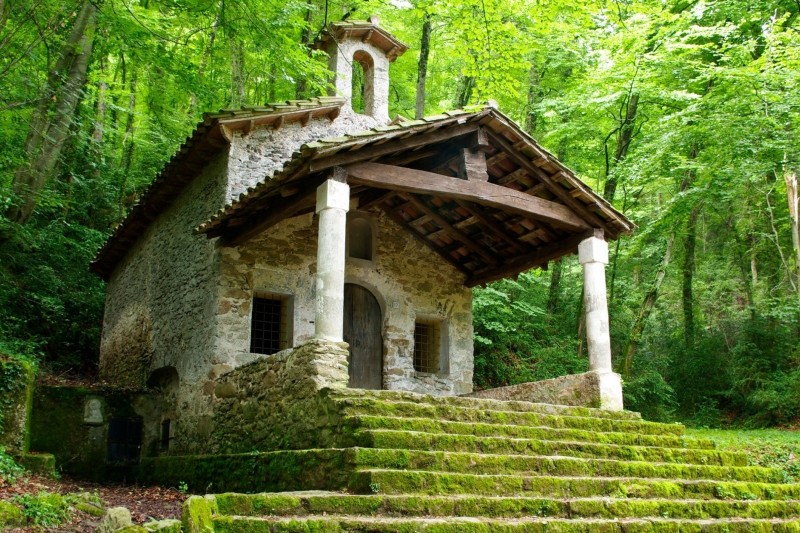 Les preses is a municipality in the comarca of Garrotxa and located in the Natural Park of the Volcanic Area of the Garrotxa. The highest point is the term Puig Rodó, of 936m and is observed where the Bosc de Tosca, Sierra del Corb, the hermitages of San Martin and San Miguel del Corb, plain Bas, Puigsacalm, Fageda Jorda and Alta Garrotxa. The municipality is made up of Les preses nuclei, Bellaire, the Boada, the Forest of Tosca, Pladevall, Pocafarina and San Miguel del Cuervo.

Kernel Les preses the church of San Pedro, the Forest of Tosca has great ecological value because it was formed from lava Croscat volcano, the stones were used to build huts and walls dry today are protected within the park for fear they could suffer degradation. Tosca Park Stone has won several architectural awards for its construction, its mode of conservation and good combination of both natural and artificial elements. Am is also created the recreational area of Xenacs, that can offer all the services and equipment necessary for people to enjoy the surroundings.

Festivals and traditions are different in the town of Les preses. On the one hand there is the festival that is known as the Gala of preses and the second Sunday in October so celebrated, dancing, giants and infant acts are the main attractions of the festival. In addition, there is also the small party, the Feast of the Rosary that the penultimate weekend of May is celebrated and where the giants, and the frog calabotins out through the streets of the village. During the summer, celebrated "Les preses to fresh" on that thought for good weather activities, such as outdoor cinema, swimming, workshops, karaoke, etc. are programmed. The festival is known around the International Festival of Music and Dance of Dams "Ésdansa" in which groups of traditional dances from different places come together and are held the third week of August. During the summer various events are made to take advantage of good weather and spectacular natural environment available to the population and is therefore no shortage of activities to do.