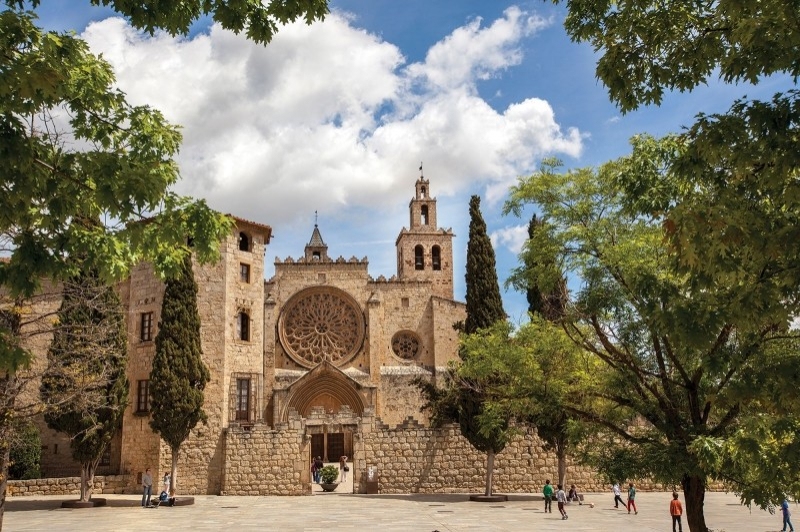 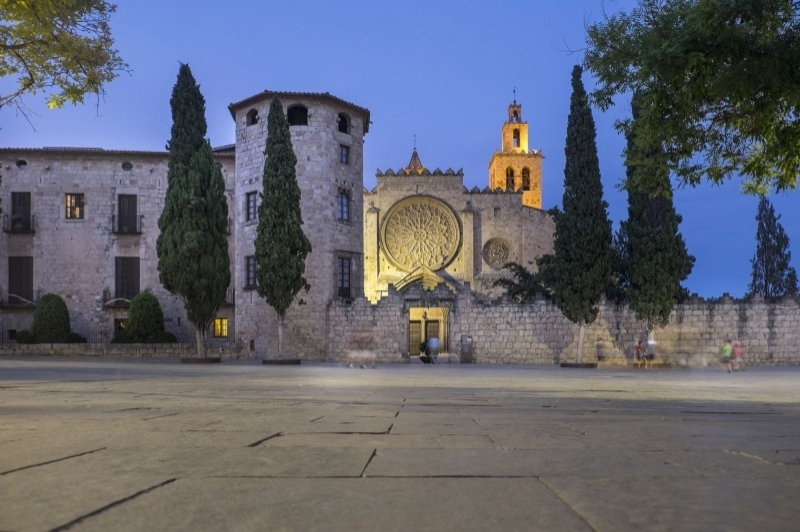 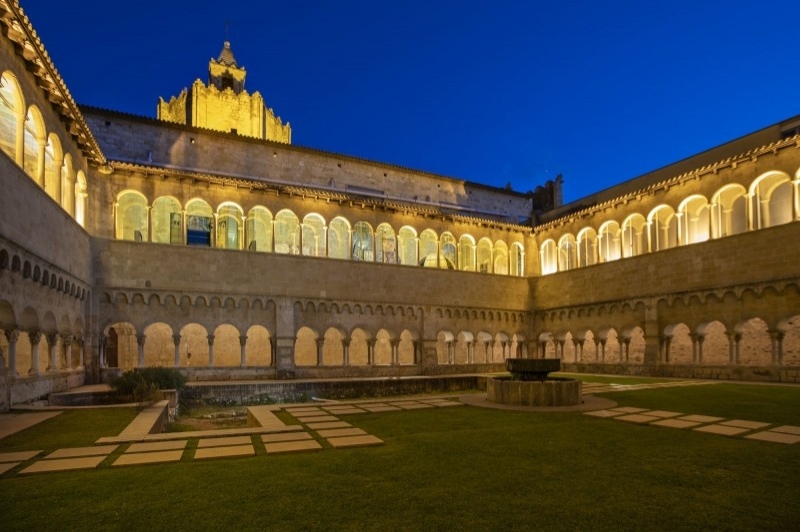 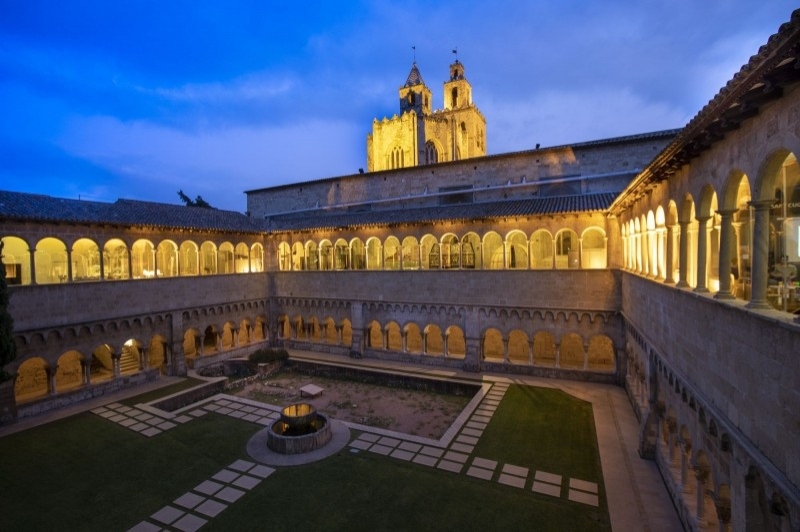 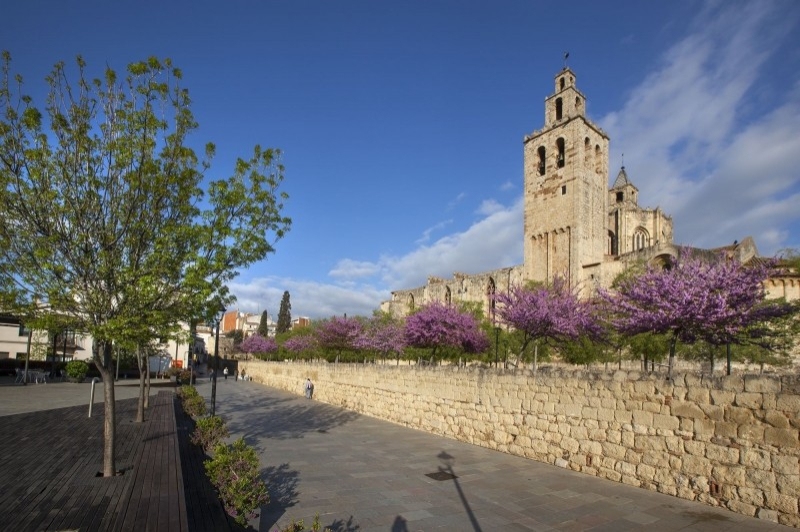 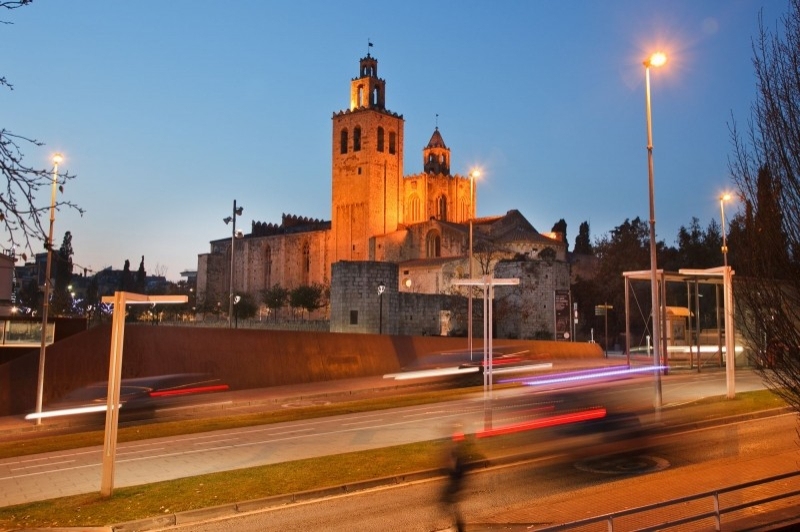 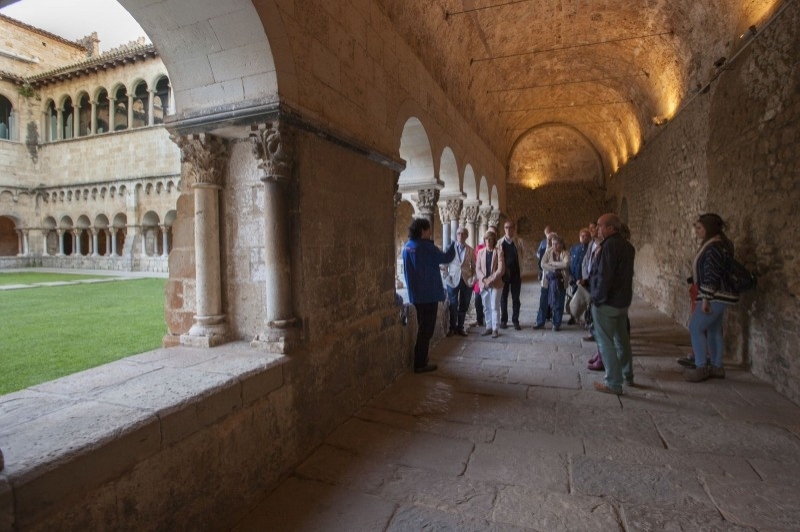 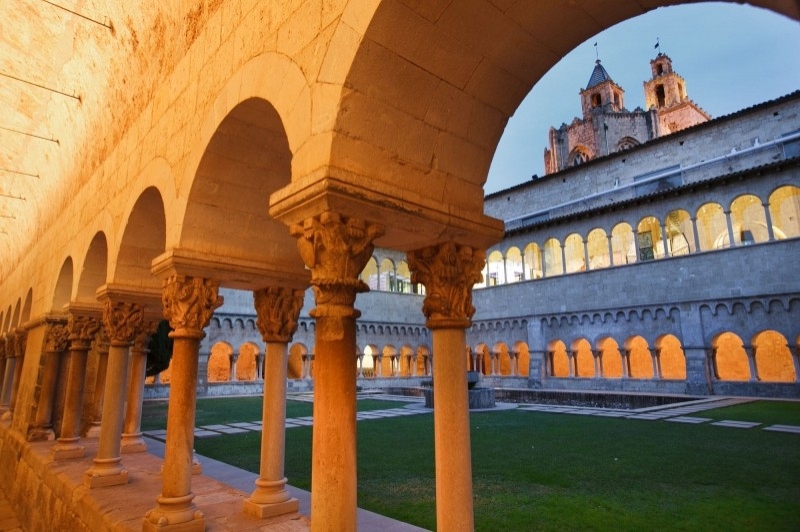 In the center of the city, in Octaviano square, we find the imposing, majestic and powerful monastic complex. This Monastery was built in honor of the martyr Cugat, and became the most powerful in the County of Barcelona. Enjoy a walk through the history, architecture and art that the Sant Cugat Monastery houses.

Founded in the 9th century, the Monastery is one of the most important exponents of medieval art in Catalonia. It was totally fortified in the Middle Ages, even today a large part of the fourteenth-century wall remains intact.

In the 11th century it became a very important center of power and culture. The monks dedicated themselves to worship and prayer under the Benedictine rule, while also administering extensive estates, and their abbots were highly influential men.

The monastic power and splendor are still breathed throughout the ensemble today.

Formed by three naves with the corresponding apses, it was built between the 12th and 14th centuries. Started within the guidelines of the Romanesque style and finished with the new forms of Gothic art. It is one of the best places in Catalonia to observe this transition of styles.

Inside the church you can admire various works of art, such as tombs, altarpieces, altars, and silverware.

The large central rose window on the 1337 facade stands out, which is of the same typology as that of the southern transept of Notre Dame de Paris.

It is worth a quiet visit and admire the best European cloister of Romanesque sculpture, with 114 unique capitals. It is considered the masterpiece of the sculptor Arnau Cadell.

The cloister is also a symbolic space, as well as functional, since around it the different rooms were arranged and the community life of the monks was favored.

#CatalunyaHistorica  #femCulturaArt  #PatrimoniDeCatalunya
You may also be interested in: Live the Catalan Romanesque closely | Learn about the Catalan medieval legacy | A trip through Catalan art | Know the religious heritage 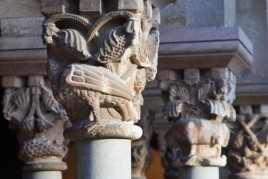 The audioguide of the Romanesque cloister, stories and symbolism of the capitals The medieval stone book offers you to know… 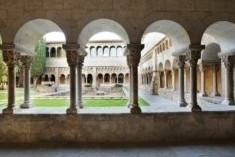 The two audio guides at only 6 euros, you can come whenever you want. The Monastery of Sant Cugat is an exceptional complex,… 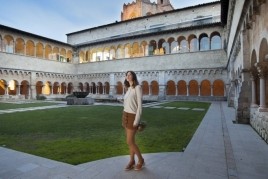 Audio guide: Being the voice of the Sant Cugat Monastery

The audio guide of the Monastery of Sant Cugat, to know the monument at any time you want Take a tour on your own thanks… 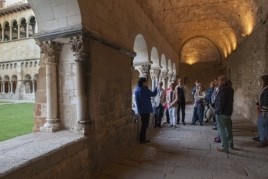 Cloister of the Monastery. Learn the stories behind the capitals

Create your own visit and enjoy The Cloister Monastery of Sant Cugat is the place where the stones speak. The visit that…