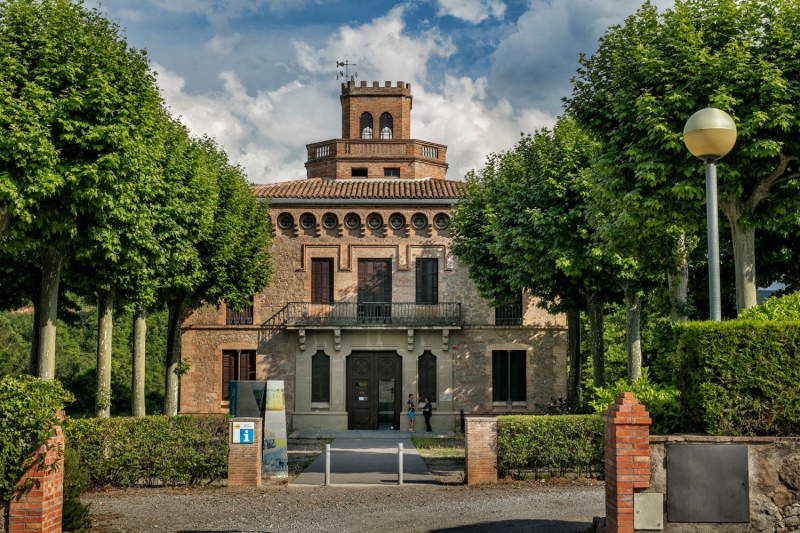 Torre del Dueño de Viladomiu Nou is a building protected as a cultural asset of local interest, originally built as the residence of the owners of the Viladomiu textile colony.

It is a house built in the middle of the Viladomiu Nou neighborhood, structured on the ground floor and first floor, with a rectangular floor plan preceded by a small garden. The main facade is oriented to the west and the roof is hipped with Arabic tiles with a protruding body with a polygonal profile with a stone balustrade railing that coincides with the stately staircase. The facing is made of stone joined with mortar and brick in the corners. The openings are flat, with some moldings and in the upper part of the first floor, a border with circular motifs. To the east we find an arcaded gallery that dominates the view of the river and the factory. The very simple decorative elements are the result of a not very rigorous eclecticism.

Due to its structure, the Torre de Viladomiu Nou is similar to a large farmhouse with galleries, consisting of three bodies -the central one wider than the lateral ones- and a central room on the floor. Like the factory and the church of the colony, the building of the tower is made of limestone, which was obtained from the quarries opened next to the Llobregat.

The Viladomiu Nou Owner's Tower is currently owned by the Gironella City Council. Today it is an Interpretation Center dedicated to telling part of the history and heritage of the Alt Llobregat textile colonies as a whole. It is also the center from which some routes start to discover the industrial, natural and intangible heritage of the colonies.

The restoration of the building was financed by the FEDER program of the European Union, the XBMQ of the Barcelona Provincial Council and the Government of Catalonia through the PLADETUR program.

The Tower offers three spaces that can be visited on Saturday and Sunday mornings, or on weekdays in concerted visits for groups. The exhibitions show the different spaces and furniture of the Torre del Amo and a permanent exhibition on the world of the colonies and their monumental heritage. In the basement, where the tower's old coal cellar was located, a permanent exhibition on the world of the colonies has been installed that allows us to discover what a textile colony was; what spaces were part and what model of life was developed. The ground floor and the attic floor, suitable as a museum space, house the recreation of the owner's old house with its most emblematic pieces and spaces. The visit to the first floor and the restored attic allows us to imagine how the owners of the colonies lived when the noise of the looms was, for them, the noise of money.

Gironella City Council uses this unique location in the region for itinerant events in various fields. Among others, the proclamation of the heir and the heiress has been carried out, concerts outside, the Fireta or the representation of Gironella is terrifying, among others.

It has been possible to document that in 1899, three years after Viladomiu Nou became an independent colony from Viladomiu Vell, work was being done on the construction of this tower. However, it was not until the summer of 1902 that the Viladomiu family visited the tower for the first time. From that moment on, the tower became the space that the Viladomiu used in their stays in the colony and also, like the rest of the manor houses in the upper Llobregat colonies, an emblem of the colony and the symbol of economic and social power of the owners.

The tower, which was not intended to be Viladomiu 's permanent residence, had a dual function: a summer home for the family and a place to sleep when the owners went up to the factory from Barcelona -generally once a week-, to Check that everything works correctly. Therefore, the owners of Viladomiu -and of the vast majority of neighborhoods- did not live in the neighborhood. Those who did live were the directors of the factory, the owner's trusted men.

As the 20th century progressed, the owners of Viladomiu Nou tended to use the tower less, but it was always kept clean and polished, well equipped and ready to receive the owners. Unfortunately, with the crisis and closure of the factory in the eighties, the tower underwent a process of abandonment; situation that worsened when the furniture had to be sold, the silent witnesses of a long history.

Outside these hours, only arranged visits.

#femTurismeCientific  #CatalunyaHistorica  #reconnectatCultura
You may also be interested in: Learn and have fun through guided tours | The industrial Revolution 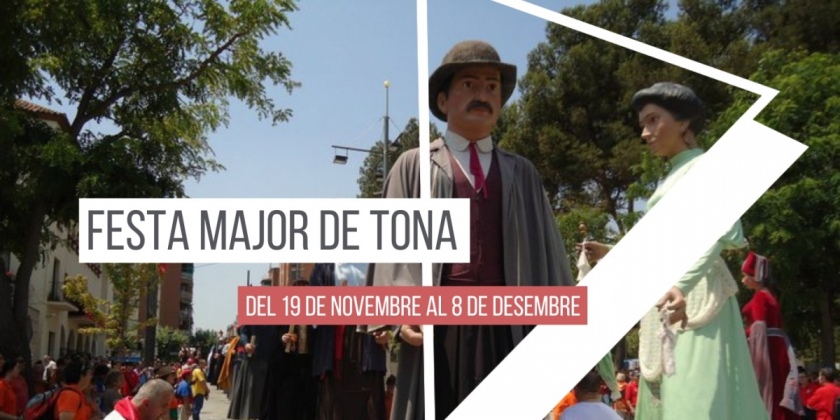 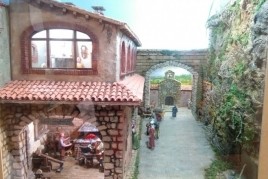 
With the arrival of Christmas, Avià organizes a new edition of the Miniature Crib Contest. The exhibition can be seen in the exhibition hall of the Ateneo de Avià from December 25 to January…