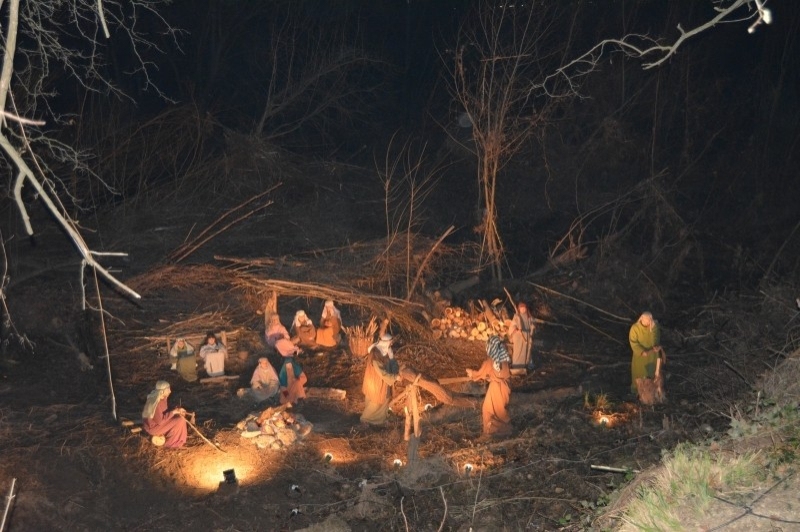 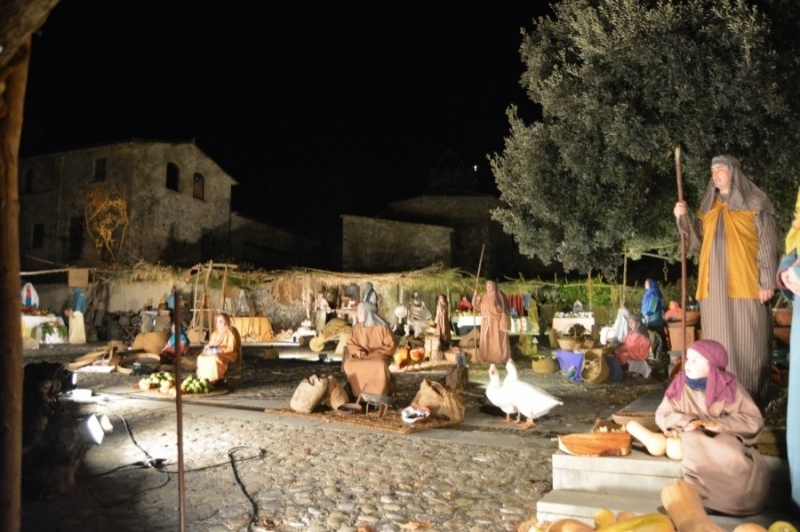 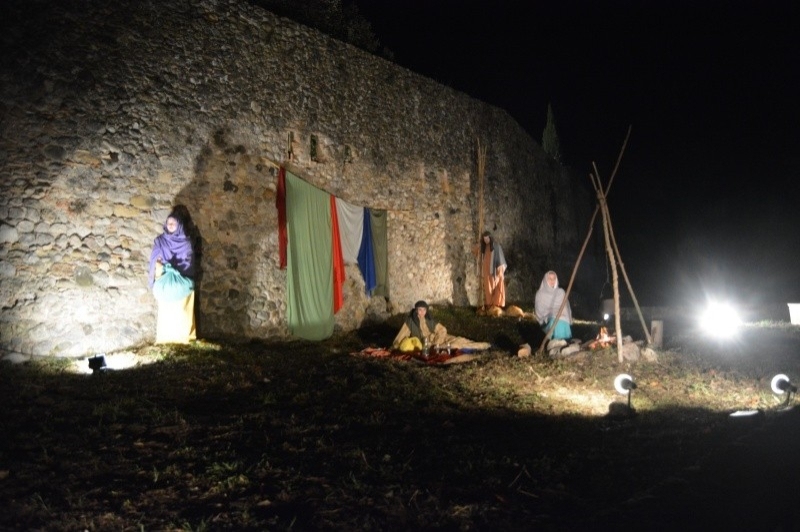 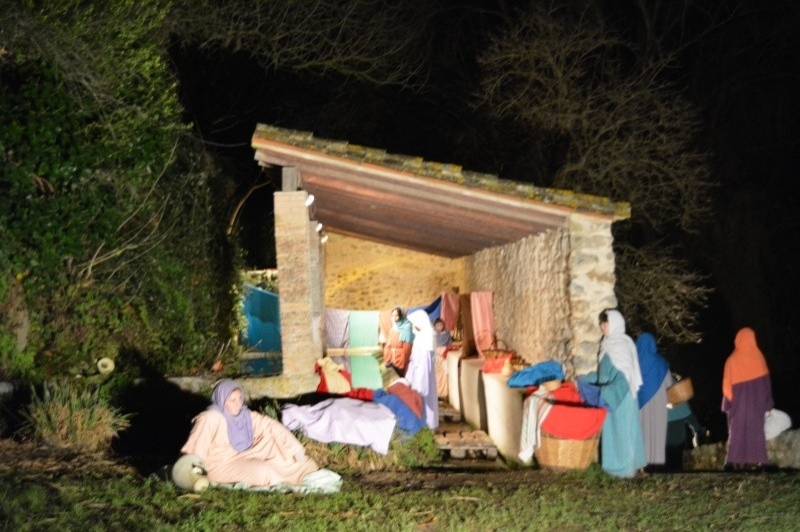 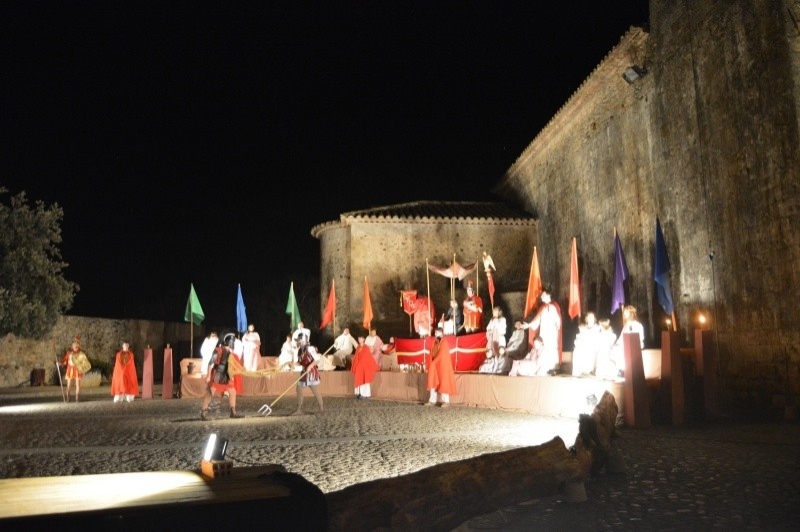 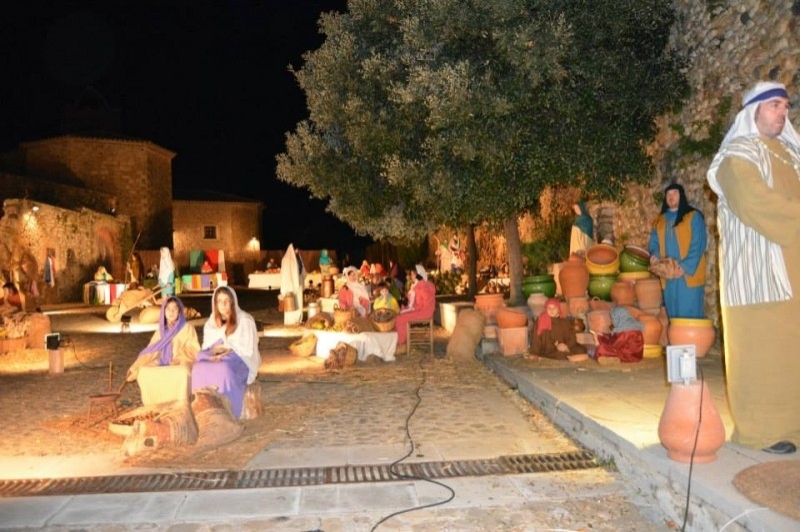 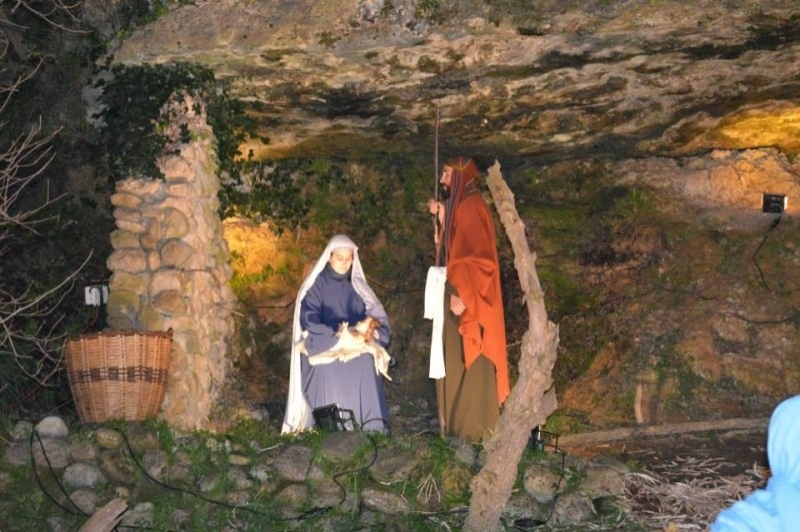 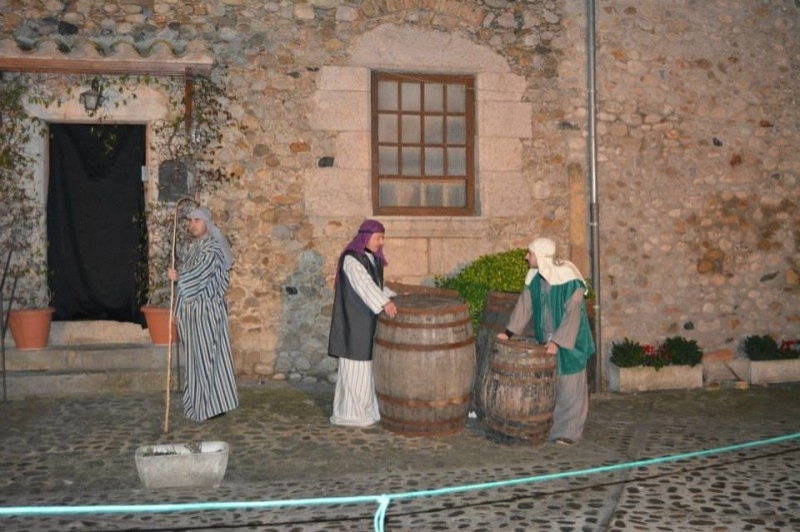 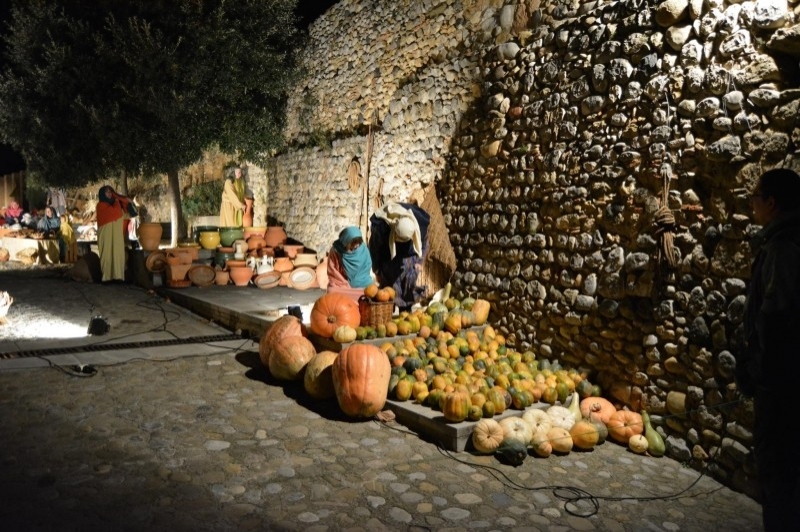 Bàscara is a small village of the Alt Empordà of little more than 600 inhabitants located on the right bank of the Fluvià River and at the foot of the N-II between Girona and Figueres.

Since 1973 every winter Bàscara prepares with enthusiasm the representation of his crib. The idea came from a group of young people who saw the similarity of the landscape around the river, with fountains, natural caves, groves... with the crib that every Christmas they made at home with cork, clay figures... they decided to undertake the adventure of making a living nativity in that place, becoming them the figures. Over the years the manger spread to the old town.

Currently almost 300 people of all ages from all participate in the preparation and representation of the different scenes in a journey of approximately one kilometer.

Pessebre de Bàscara consists of two different parts, the first part takes place in the Plaza de la Iglesia, after the welcome it is represented the irruption of the Roman Empire forcing people to register, this part ends with the Annunciation of the Angel to the Virgin. Since last Christmas we decided to incorporate the 1977 presentation, which consisted of displaying a flag from the church bell tower to claim the rights of Catalonia, 40 years later we wanted to raise it to claim the freedoms of the Catalan people. Once this part is finished, a tour begins where the visitor walks among the different plastic scenes that represent the daily life of Palestine 2000 years ago and the birth of Jesus.

One of the first scenes we found along the route, is that of the gladiators and the Roman circus, which was incorporated as a novelty last Christmas, then we went down to the river where the water takes special prominence, here we will find in addition to the traditional scenes of the birth and the kings, Samaritans going to look for water to the source, fishermen and woodcutters working in the river, walkers, shepherds watching their flock, women doing laundry in the laundry, nomads camped outside the wall and if we are attentive we will see the caganer, who after many years of not being there we were able to recover it two Christmases ago. Arriving back to town we will find the burst of colors that is the market and the adjacent streets.

The Pessebre de Bàscara takes special care in the decoration and the clothing that is made following the aesthetics of the time.

We wait for you!

#femNadal
You may also be interested in: Living postcard nativity

From January 11 to March 31 you have an appointment at La Garoinada de Palafrugell!