The town lies at the foot of the Pyrenees mountain range of Montsec. The town of Artesa de Segre, is located in a particular geographical area: surrounded by the mountains of Montsec and the river Segre by Castellote that crosses our town, which makes it a natural high rates.

With more than 3.500 inhabitants, Artesa is located on the left bank of the river at the foot of Castellote and about 318 meters above sea level.

The name of Artesa associated enclotat boat or place, which is identified with its geography. They say Artesa is a city that should be covered by the waters of a dam being built in Salgar. The only way to avoid it was appointed city because, by law, could not be denied a city under water. Thanks to the friendship of Joan Maluquer with King Alfonso XII, Artesa stopped being a town to become one of the smallest towns in Catalonia.

Tossal include Widows, where it is said that all men are dead people buried in a battle against the Saracens and the chapel of San Salvador located in the place where women and children took refuge during Saracen attack, vauma in a mountain.

The church's core Anya is dedicated to the Virgin of the Assumption, but Anya also found the moat and the chapel of San Marcos, the Romanesque chapel of San Pedro, and Mesquida, where the remains of a church and sarcophagi are.

Moreover, in several points of the population there are mills built on the outside of the houses.

It is the core of the village. Artesa de Segre include the Old Town, where the City Council. Out of what the ancient walls were found La Granja, a large building had various uses over time, including as shelter during the Civil War. Washes are also the stone where women did the laundry.

From the streets of Artesa de Segre include the San Juan or Hole Street Calipanya, the narrowest street of all, Square Dance where it says women danced while waiting to catch water from the fountain he had, the Plaza Mayor , and in the old town and portico, and the church of the Virgin of the Assumption.

At the top of the hill that overlooks the city found "what Castellot" from where there are fantastic views and where there had been a settlement Andalus. From here you get to the Rock and Round Hole CUDOS, two elements of the natural environment surrounding Artesa de Segre. We also highlight the Serrat Forques Bonrepòs and Umbria.

In Baldomar find various sources. Trilla the source of the f ount of San Pedro and Sacred source also is the church of the Assumption of the seventeenth century, the ice well, the remains of the Civil War bunkers The bridge of the Mosque, the Devil's Bridge, shared with Vilanova de Meia and the Archaeological and Paleontological Museum.

Clua core was uninhabited until 1970 9 young people seeking a self-settled life. Animals were dedicated and rebuild homes and currently engaged in the production of goat cheese known as Montsec Cheese or Cheese or Soft Clua Clua.

The number of inhabitants has increased, but remains at a very small number.

From this core have good views of the Cordillera del Montsec. Besides, it has the parish church, dedicated to St. Martin, and the castle of Collfred, thirteenth century.

It was an old factory provided housing for workers, which ran from 1906 to 1967. It is the only architectural complex of its kind in the province of Lleida.

The core is uninhabited and the population is scattered. What we found is the remains of the castle, with a circular tower, abandoned houses, and the church of San Román.

Folquer consists of the set of farmhouses and Comiols Montargull. It was formerly a strategic point for stagecoach assault and other crimes committed by the people living in the Sierra de Comiols.

Has the church dedicated to St. Mary and from Plaza Studio, there is a fantastic panoramic Montargull Plan of Montmagastre of Grialó and Montsec.

A Montmagastre find various items such as prehistoric megaliths, dolmens and deposits. Anthropomorphic And Mases tomb, of which the historical period is unknown.

There is also the castle that is located on top of the hill and dating from the tenth century And the church of San Miguel which has an underground crypt and remains of wall paintings from the XIV century. Among other places, there is also the Camino Real, Foronico Cave, New Mill supplies and ULC.

As the name says, the importance of this core lies in the bridge that served to unite the plain of Lleida with Pallars.

It was rebuilt after the Civil War as one of the essential elements of a return to routine.

Core formed by the farmhouses of the area whose religious element, the Romanesque church of San Marcos.

The old town was walled and the gateway is still preserved. There is also the church of San Pedro, the fourteenth century and the castle of Tudela, the twelfth century, during the Civil War it was used as a military school by Republicans. Near the core also find the chapel of Santa Fe

The Valley of Ariete

This territorial space is subdivided into Ariete Solos or "deprecated", Middle and Ariete Ariete Chiefs.

Here we find the church of San Bartolomé, the eleventh century, and the castle of Ram, of which only the base remains of their construction are preserved.

Located at the foot of the mountain of San Armengol, the core of Valle-Llebrera only consists of a street, a square and a balcony over a cliff. We found the door of the village and the church dedicated to Sant Pontius.

Retains all the charm of a medieval village, with the portal of the people, the bakery and the Romanesque church of Sant Serni, the eleventh century.

Has the church well preserved and the Virgin terraced cemetery. It also has an added seventeenth century discovered that becomes a unique specimen.

XI century tower around which the houses of the people and the church dedicated to St. Mary was built remains. Among the population are also Almazaras Vernet, to make the wine, and the lever, space used to cross the river with a boat.

Only preserved tower of the ancient castle. Has an almost square shape and a height of about 10 meters. 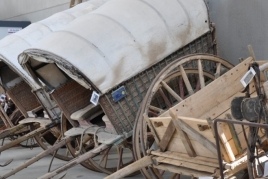 
October comes to Campllong with a lot of proposals and events for all tastes! Check the schedule and don't miss anything! 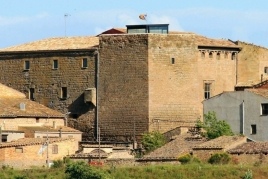 Route Castles and Legends of the Plans de Sió 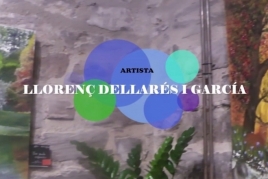 
Exhibition of paintings by Llorenç Dellarés Garcia at the Castillo de Concabella. The exhibition will be available on Saturdays, Sundays and holidays from September 5 to November 28. Hours:…