Land of dinosaurs in Pallars Jussà 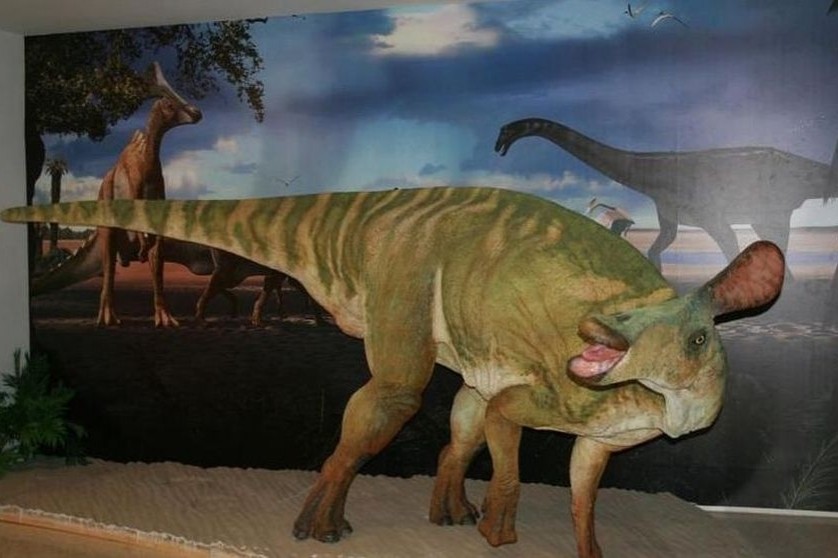 The possibility of visiting the best paleontological sites in Catalonia, in an incomparable natural setting, is an unrepeatable experience that you can enjoy in Pallars Jussà.

Located in the town of Isona, south of the Lleida region of Pallars Jussà, it is the scene of an exciting journey back in time. This museum center offers the possibility of discovering an area that was once occupied by Roman culture, and long before, inhabited by some of the last dinosaurs that inhabited the earth.

The Cretaceous Park is a local development project based on the integral heritage of the Conca Dellà. Thus, the Cretaceous Park allows everyone who comes to this area of the Lleida region of Pallars Jussà, to discover this territory in its different thematic areas: paleontological sites, archaeological remains, historical-artistic buildings and the same natural environment that composes it.

The Cretaceous Park proposes different visits aimed at different types of public. There is also the possibility of hiring the services of a guide and renting 4x4 vehicles with a driver, depending on the visit. 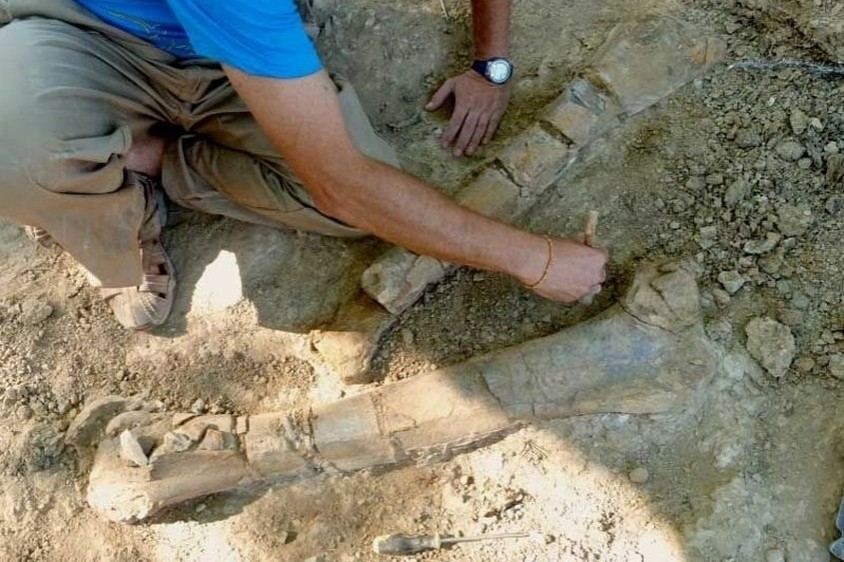 Basturs is home to a unique paleontological site in the world thanks to the preservation of a large number of dinosaur eggs. The eggs, characteristic for their spherical shape, have an approximate diameter of 20 centimeters. These eggs are the great attraction that we can see in the rocky environment due to the rounded sections and, above all, the light color of the shell.

The visit with expert guides will allow us to get closer to the life of the great saurians through these exceptional remains. 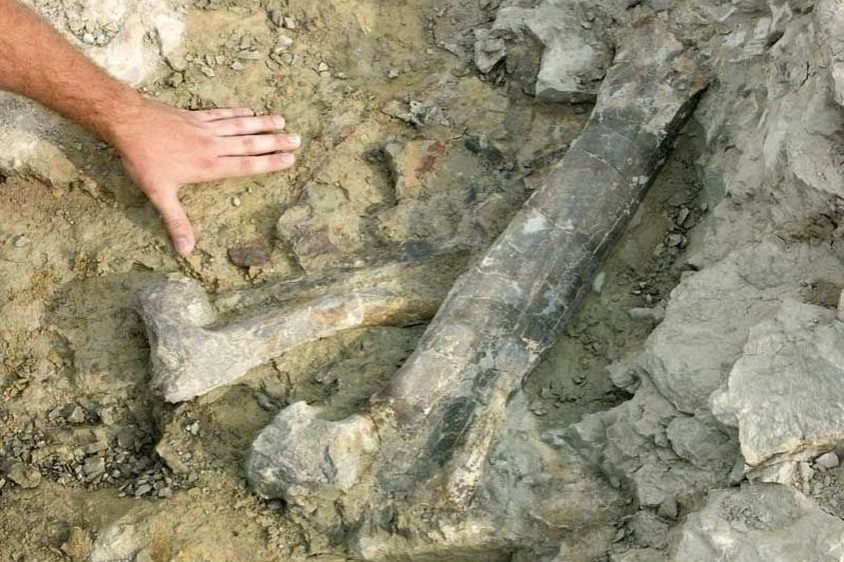 This important site transports us to a Cretaceous lake landscape, today transformed into a sloping rock wall. In it dozens of rounded footprints are preserved, as a result of the passage of a group of large herbivorous dinosaurs: the Titanosaurs.

Titanosaurs had extremely long necks and tails and a very small head in relation to body size. You can also observe the great similarity between its oval legs, and those of today's elephants. 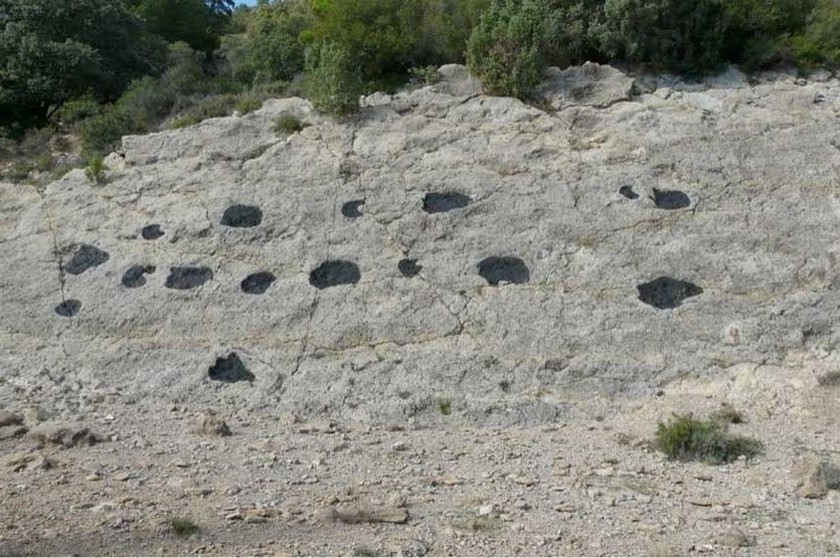 This site is located near the town of Basturs and preserves a very important set of ichnites, specifically dinosaur footprints. These unique footprints clearly show the shape of the three-toed legs characteristic of the popular saurian imagination.

Scientists think they were produced by herbivorous dinosaurs of the Hadrosaurs group, also known as "duck-billed" dinosaurs because of the shape of their mouths. 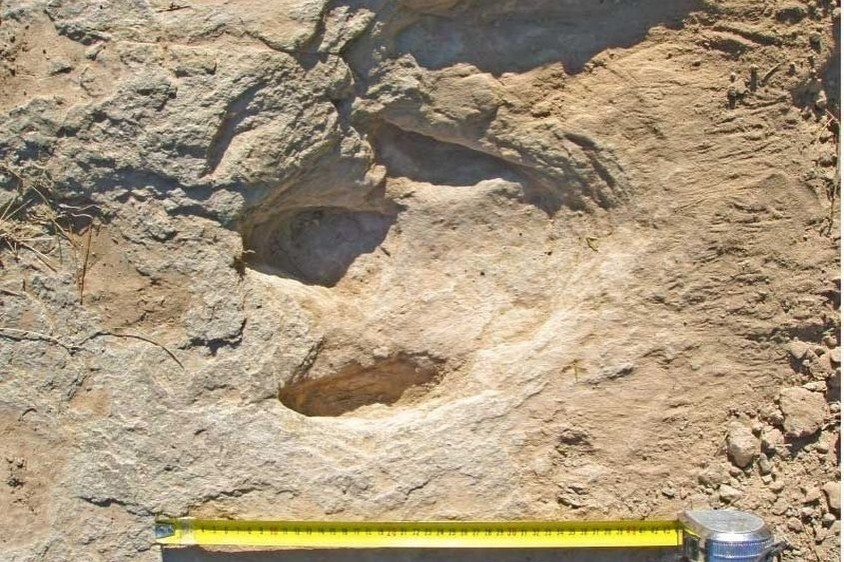 The Posa. A Cretaceous beach.

In the ichnite site of La Posa you can see more than 2,000 marks attributed to the feeding activity of the herds at the end of the Cretaceous. At that time the landscape was very different from today and the Posa was on the coastline.

You will be surprised to observe on the rock witnesses of an authentic marine environment; the effects of tides and currents and the habitat of small invertebrates.

To finish immersing ourselves in the world of dinosaurs, it is highly recommended to visit the Conca Museum through the scale of time, which proposes a trip that will take you to the Cretaceous period, 65 million years ago. The interesting paleontological remains recovered in the different sites in the area will explain the exciting life of dinosaurs and the environment in which these incredible animals lived.

The Museum is divided into different areas, which take advantage of the floors that make it up:

In the basement is the winery, where the importance of the vineyard from Roman times to the middle of the 20th century is explained.

On the ground floor, which is the entrance floor, the fundamental characteristics of the geographical setting and the cultural and natural wealth of the Conca are shown, through the different towns that make it up.

Following the scale of time, the link between the Museum's collections, we moved 2,000 years ago to the first floor, when Isona was an important Roman city in the interior of Catalonia. You can see the chronological evolution of the Roman city of Aeso, know what it was like and who lived.

Continuing the journey, upon reaching the second floor we set our clock back 65 million years, until the Cretaceous period. The Cuenca was very different from today and dinosaurs were some of the animals that lived. The paleontological remains that are seen allow us to explain what the life and environment of the dinosaurs was like and how they have survived to this day. 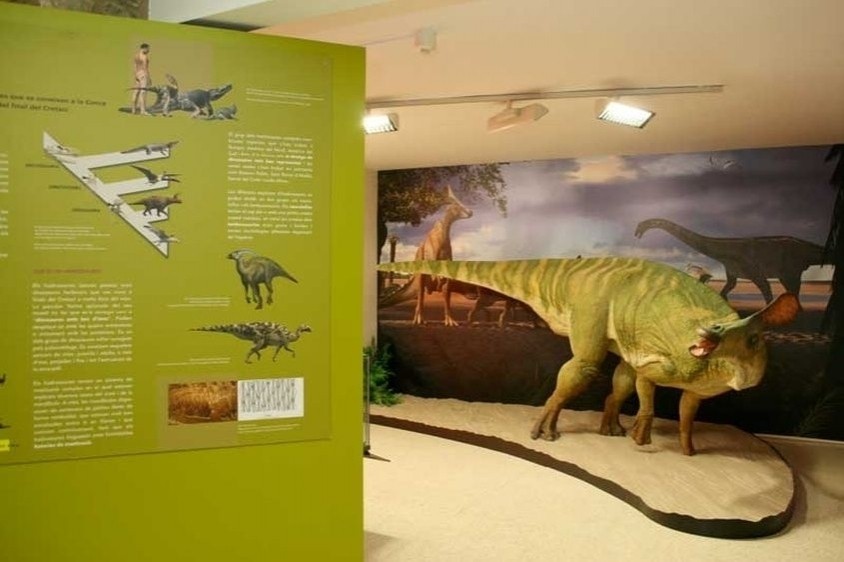 #femTurismeCientific  #reconnectatTurismeFamiliar  #reconnectatCatalunya
You may also be interested in: We go to museums in Catalonia | Reconnect with the Pyrenees 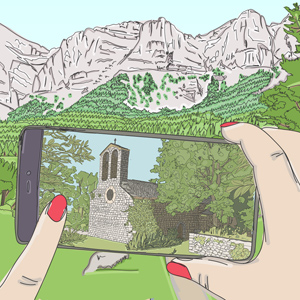 Reconnect with the Pyrenees 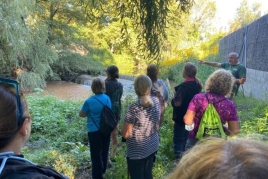 
Walk to know the plants of different habitats that are very close to us: field margins, roadsides and riverside vegetation. We will observe medicinal plants that flower or bear fruit in autumn, such as… 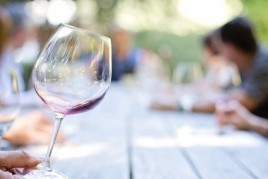 
The city of Lleida celebrates in autumn, coinciding with the grape harvest and Novell wine, the Wine Festival. The sample welcomes the wineries of the Denomination of Origin Costers del Segre registered… 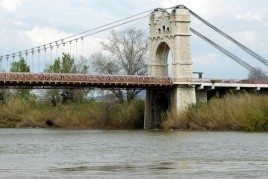 Cultural calendar of October in Amposta


Amposta prepares an October month full of activities and cultural proposals! Check the cultural agenda of the city and do not miss anything.