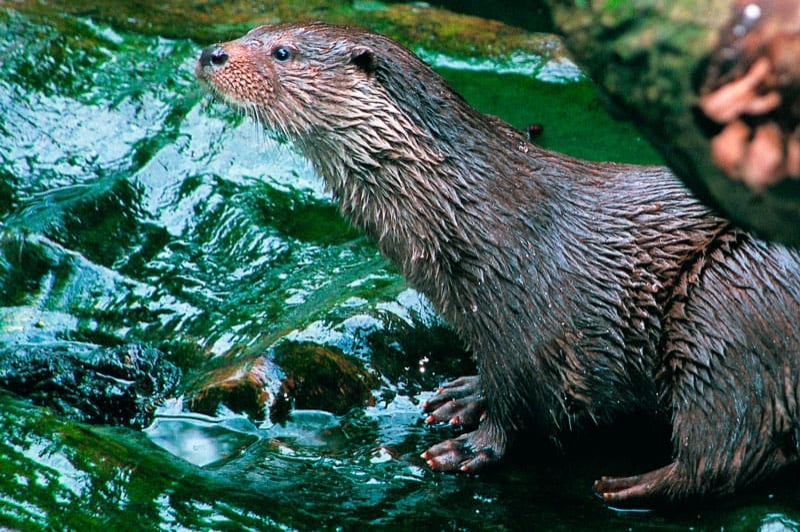 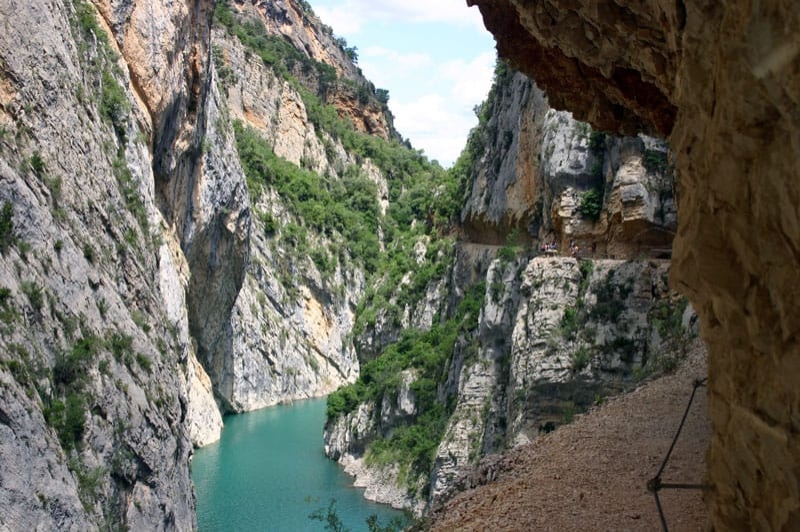 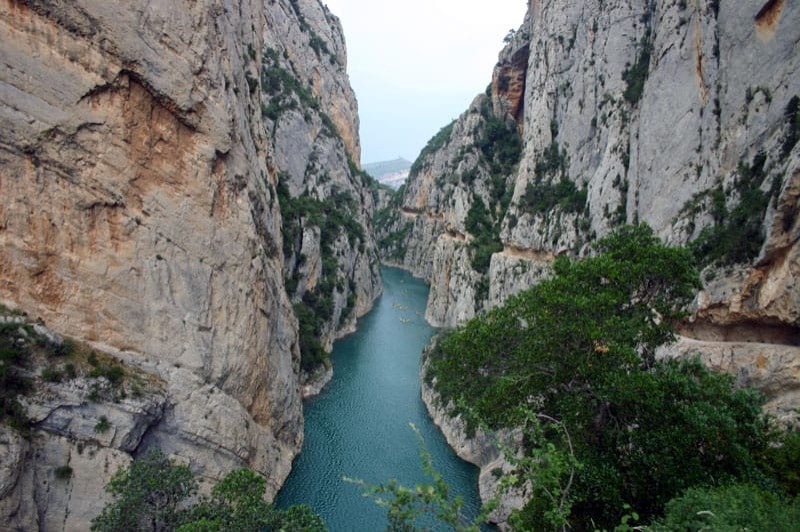 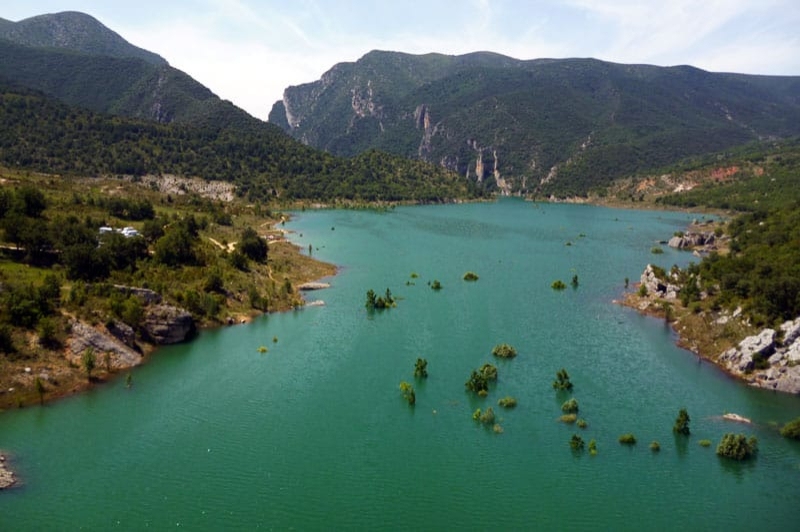 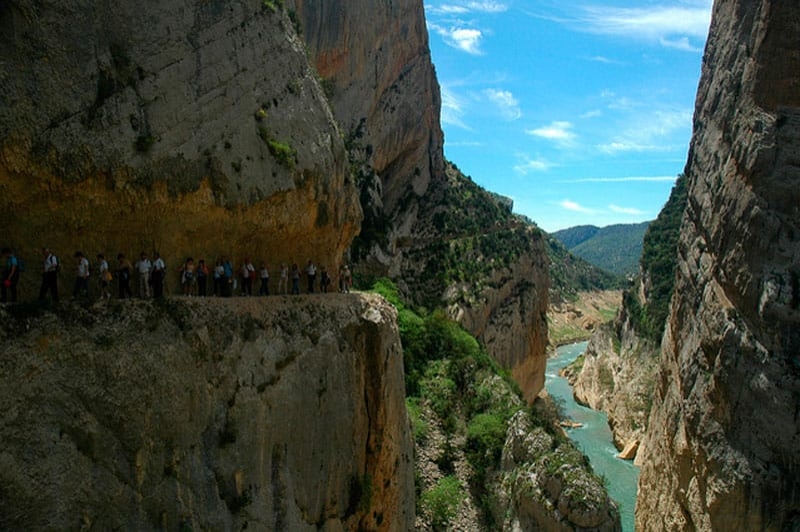 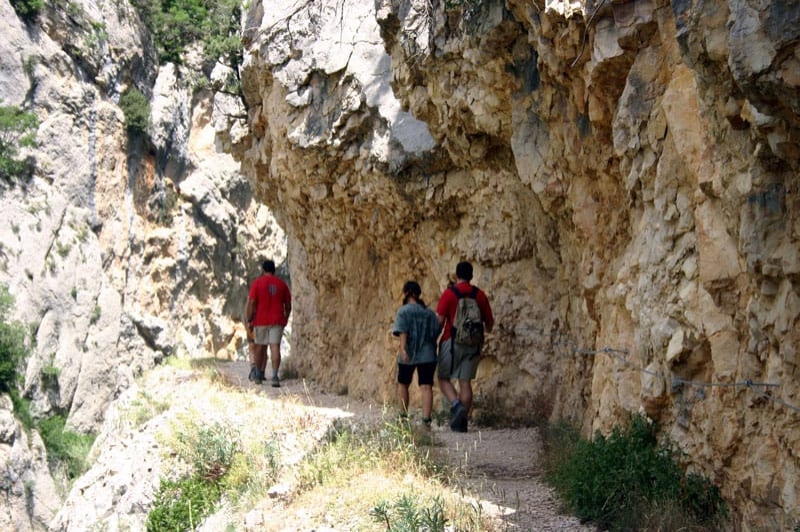 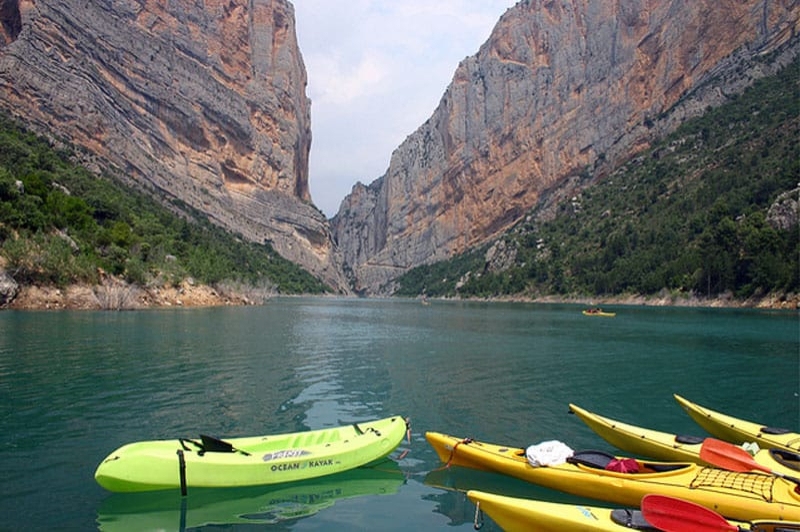 When crossing the Montsec, the Noguera Ribagorzana river has created a huge cut vertical walls, gorge Mont-rebei, which opens to the south in an amphitheater of breathtaking cliffs. This is the last great gorge de Catalunya in almost undamaged.

Between Aragon and Catalonia, gorge walking Mont-rebei from north to south the Montsec, the first major formation of the Catalan Pre-Pyrenees. The reserve protects Foundation almost 600 hectares in the Catalan side: the gorge itself and the river banks (where the otter lives), the cliffs (home to large raptors) and part of the shady side of Montsecd'Ares (covered in oaks).It is the last great gorge de Catalunya in almost intact, but in turn you can visit easily. Is only crossed by a via ferrata carved into the rock with handrails and viewpoints to facilitate visita.Un Mont-rebei tour includes a walk of 170 million years of Earth history. Can be identified with footprints and fossil dinosaur bones.

Also of importance are the archaeological excavations that have been made ​​in the area, highlighting the town of Altimiris, pre-Roman site of a little-known period of our history, the V century IX.

The tour starts in La Masieta, information point and space services and a linear itinerary you cross back and forth across the gorge. The path joins a few meters beyond the area protected by the Foundation with Seguer Gorge walkway and stairs on the mountain in the Aragonese part near Montfalcó.

The Masieta Information Center: Open from 9-17 pm Saturdays, Sundays, holidays and long weekends from March to mid-December and every day between July 1 and August 31. Closed from late December to February.

The town of Altimiris. In one of the buttresses that dominate the gorge Mont-rebei, on the northern slopes, this Romanesque site of a little-known period of our history, the V century is located at IX, between antiquity and high middle ages. The site is made up of a village and a chapel that reminds Machu Picchu. The Foundation collaborates with the University of Barcelona to study this and other sites in the reserve, such as the Colomera cave and cave Mort.

The only way the gorge. The itinerary walk through the gorge is a unique experience, amid cliffs of almost 500 meters of altitude and where the width does not exceed 20 meters. The bridle path carved into the rock that runs through the gorge has handrails and viewpoints to facilitate the visit. It is the last great gorge of the country in a state almost completely intact.

The viewpoint of the otters. We can enjoy a panoramic view of the whole book from the natural viewpoint that represents the curve of the track above the Noguera Ribagorzana, and leads to Alsamora just before La Masieta, where observe the rapids before entering the gorge, the shrine of the Virgin of the Congost and Xiriveta Castle.

Monumental trees. Although this is a relatively dry and a secular human exploitation territory, we found some large trees with a remarkable naturalistic value. Especially we can see examples of large oaks (Quercus cerrioides), especially in the Obaga Mitjana and on the shore of the reservoir of Canelles, between La Masieta and Canyon de Sant Jaume. Also notable are the oaks (Quercus ilex) Carlets the farmhouse.

From the archaeological excavations of the Colomera cave are getting data on environmental conditions of the past 7000 years for understanding climate change.

A tour of Mont-rebei includes a walk through 170 million years of Earth history. You can see sediments accumulated during this period of time identifying even the time that dinosaurs became extinct, with the possibility of finding footprints and bones.

The gorge of Mont-rebei is the only great gorge in Catalonia that has not suffered from any transport infrastructure, and remains almost intact, with no road or power line passing through. 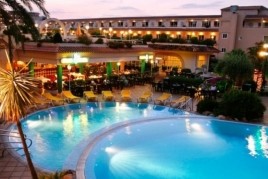